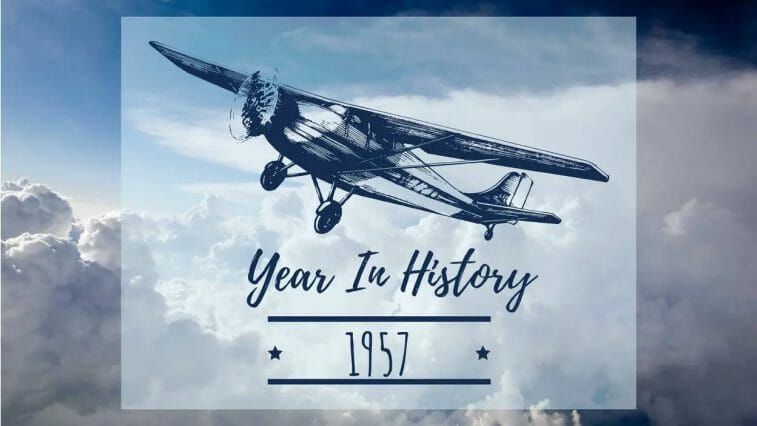 In a variety of ways, 1957 will be remembered. For example, Jack Kerouac’s On the Road was published in literature. This work was an important work of the Beat genre, and it depicts the start of the American Counterculture movement. Atlas Shrugged, Ayn Rand’s most renowned work, was also released in this year. This was clearly Rand’s biggest and most significant work, and it was notoriously polarising.

This year was also significant for theatre, film, and television. On Broadway, Leonard Bernstein’s West Side Story premiered. In the United States, the films Loving You and Jailhouse Rock starring Elvis Presley were released. His first leading part came in the first of the two films. This was also the year that The Bridge on the River Kwai had its UK debut. In 1958, the picture went on to win Best Picture at the 30th Academy Awards. Cinderella, by Rogers and Hammerstein, was broadcast live on CBS. The Nutcracker, a ballet by Tchaikovsky, was broadcast for the first time on American television this year on CBS’s The Seven Lively Arts. The first season of Leave It to Beaver aired in 1957. With its idealised image of American suburban life, the show would become a cultural icon.

There were also several significant cultural events this year. Elvis Presley purchased Graceland, his renowned house in Memphis, Tennessee, in this year. This year, the Brooklyn Dodgers relocated to Los Angeles, bringing the storied franchise to the Golden State. Paul McCartney and John Lennon initially met in Liverpool, England, in 1957. The meeting took place three years prior to the formation of The Beatles.

This was the year when the Soviets launched Sputnik 2 into space. The first animal to circle the Earth, a dog named Laika, was launched on this mission.

Continue reading to discover more about the events of 1957.