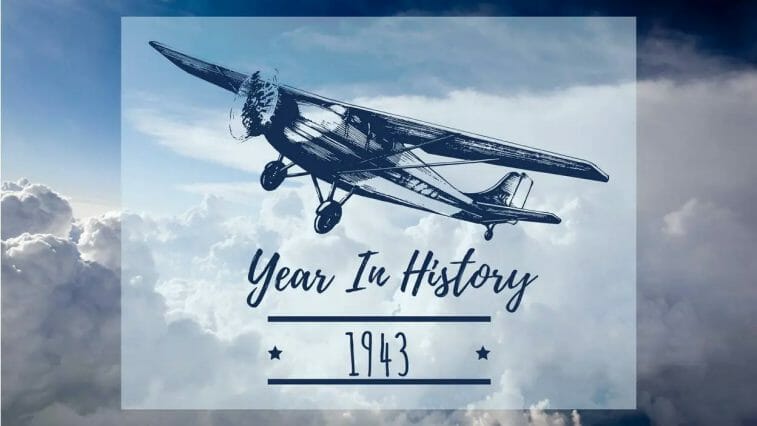 People in 1943 lived in fear of Adolf Hitler and the advancing Luftwaffe of Goering. On the European front, World War II entered its fourth year of intense combat. James and Mary were popular names for kids born during this turbulent period. RL Stine, Bobby Fischer, John Kerry, Mick Jagger, Robert De Niro, and Christopher Walker are just a few of the renowned persons born in 1943. The global population was little over 2.4 billion people.

Despite the war, books and films continued to be created. A Tree Grows in Brooklyn, The Little Prince, and Ayn Rand’s The Fountainhead were the most popular books at the period. For Whom the Bell Tolls, Heaven Can Wait, and Cabin in the Sky were the top three films of 1943. With the deaths of Nikola Tesla and Beatrix Potter, the worlds of physics and children’s literature have lost two giants. In 1943, many historical events occurred outside of the battlefield.

The first woman in the Marine Corps, the first missing person telecast, the first test of a jet fighter, the first use of refillable aerosol spray, and the first contemporary use of the term autism all happened in 1943. In addition, after a journey to Morocco, Franklin Delano Roosevelt made history as the first president to visit a foreign country during a time of war. The war leadership changed dramatically in this year, with Roosevelt appointing Eisenhower to command the allied forces. While France acknowledged Lebanon’s independence and Italy surrendered to the Allies, Hitler declared Berlin Jewish-free. The Battle of Stalingrad, which took place this year, marked the Nazis’ first defeat on the battlefield. Regardless of Germany’s massive defeat, World War Two would drag on for another two years. Even if you’re sick of hearing about WWII, you owe a debt of gratitude to 1943 if you’re a lover of Ayn Rand’s objectivism and bug spray.

Continue reading to discover more about the events of 1943.