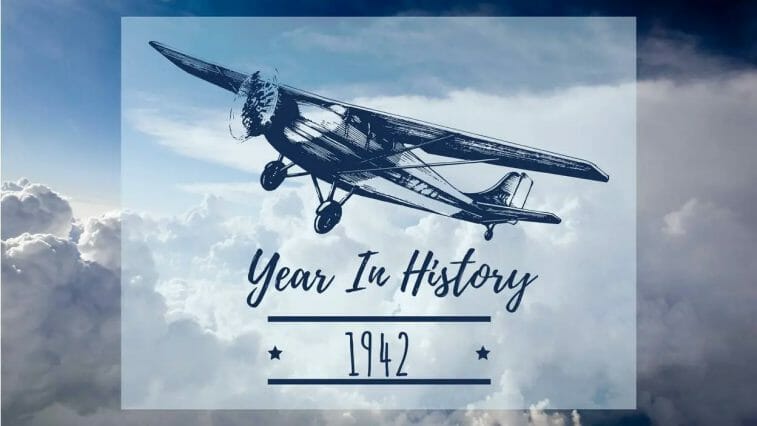 The globe was in despair over the raging Second World War at this point. Mrs. Miniver, starring Greer Garson and Walter Pidgeon, was the highest-grossing film of all time. Jean Bruller’s Le Silence de la Mer (The Silence of the Sea) was published quietly. The resistance to the Nazi occupation of France was the focus of the story. In France, barely a hundred copies were available for distribution before the Nazis destroyed the remainder. By the end of the year, Bing Crosby’s White Christmas had topped all major hit lists in Europe and the United States.

Hitler and his Nazi party believed that Jews were not people but beasts, and as a result, thousands of Jews were slaughtered. Leading British political officials and clergy convened a public conference on October 29, 1942, to denounce the Nazis’ continued persecution of Jews. The Nazi Germany had planned to host the FIFA World Cup in 1942, but the event was cancelled due to the ongoing war. This year also saw the birth of individuals who would go on to shape a generation, including British physicist Stephen Hawking, Muhammad Ali, one of the greatest boxers of all time, and Aretha Franklin, among many others.

Continue reading to discover more about the events of 1942.