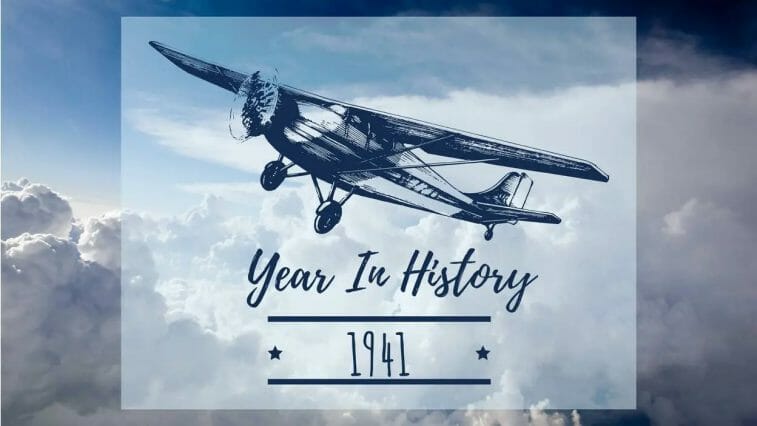 Many of the events that were taking place in 1941 were overshadowed by World War II. In other parts of the world, life continued despite the horrors of the war.

While Adolf Hitler waged war across Europe, Orson Welles’ Citizen Kane premiered on May 1st at the RKO Palace Theater, and is widely regarded as the greatest motion picture of all time. The picture was supposed to premiere at the Radio City Theater, but uproar prompted it to move to the Palace Theater. While a preview of the film received a lot of praise, Hedda Hopper, a film critic who wasn’t amused by it, suppressed it with the help of other Hollywood bigwigs. Citizen Kane was a box office flop, yet it received nine Academy Award nominations, and audience members booed Orson throughout the ceremony. Orson Welles wasn’t the only one who was experiencing problems; Henry Ford was fighting the United Automobile Workers of America and the Congress of Industrial Organizations for a long time (UAW-CIO).

This occurred after President Franklin D. Roosevelt signed the Wagner Act, which established collective bargaining to protect workers’ rights in an attempt to curb unfair business activities by companies, employees, and labour unions. Ford caved to the pressure and changed his signature on the contract on June 20th. The Wagner Act ushered in a new era for labour rights, and today practically every group of employees is represented by a union.

The war between the United States and Japan began on December 7, when over 300 Japanese aeroplanes dropped bombs at will on a US naval facility in Hawaii. The attack was motivated by the deterioration of diplomatic relations between the two countries swept up in the lunacy of the raging World War. By the time the sun set on December 7, 1941, nearly 2,000 Americans had died, with another 1,200 injured. Six months later, in the Battle of Midway, the United States replied. Time holds the solutions to the present’s unpredictability. Various sections of the world continued to live their lives despite the sad circumstances that led to the war, and it was no better than the battlefronts where other forms of violence were raging.

Continue reading to discover more about the events of 1941.