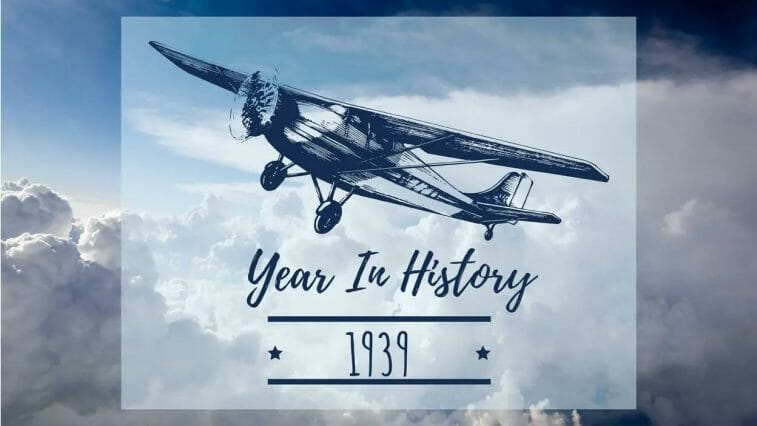 The year 1939 marked the start of World War II and the end of Franklin Delano Roosevelt’s twelve-year presidency. World censuses estimated a world population of around 2.3 billion in the last twelve months. Throughout the year, this figure increased. The names Robert and Mary were the most popular among new parents. Ian McKellen, a well-known actor; Ralph Lauren, a well-known fashion designer; Lee Harvey Oswald, a well-known killer; and Tina Turner, a well-known vocalist, were among this year’s babies.

Amelia Earhart, Pope Pius XI, Sigmund Freud, and Howard Carter were among the people who died in 1939. Changes in warfare, military alliances, and European diplomatic relationships occurred throughout the course of these 365 days. The Grapes of Wrath by John Steinbeck and And Then There Were None by Agatha Christie were the most popular novels. Gone With the Wind, Wizard of Oz, and Mr. Smith Goes to Washington were just a few of the big-budget movies that made their world premieres in theatres.

Many firsts were witnessed by those who were aware of events throughout the past twelve months. The first rocket launch, the first female dean of a US graduate school, the first nylon stocking, the first US food stamp, and the first animal produced through artificial insemination (a rabbit) were among them. Patents for the helicopter and electron microscope were also submitted. To the delight of nerds all around the world, DC debuted its Superman and Batman books.

Overseas, the guillotine was used for the last time in Paris. All of this growth took place in the shadow of World War II. The rest of the world watched as Germany formed a brief alliance with Russia and Italy. The horrors of the first Luftwaffe airstrike were witnessed in Britain. While Canada and other nations declared war on the Nazis, the United States remained neutral. Pope Pius XII’s failed peace effort signified one thing: World War II was here to stay.

Continue reading to discover more about the events of 1939.