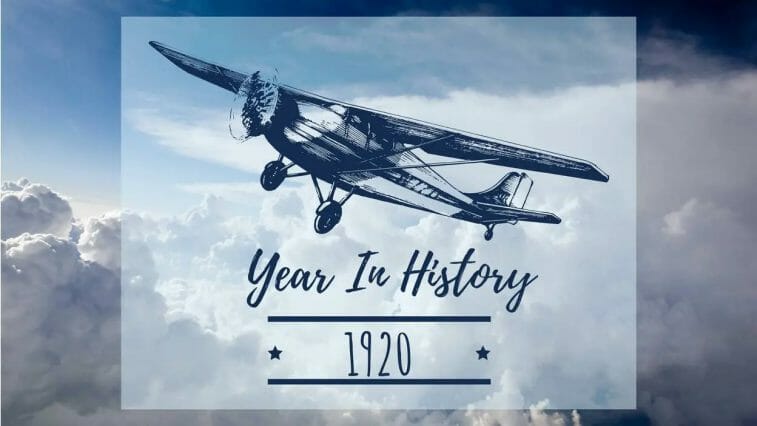 The roaring twenties, which spanned the years 1920 to 1929, was known for its flamboyance and openness. Jazz grew popular during this time period, and a record number of Americans lived in cities rather than on farms. As more individuals discovered the joys of dancing, jazz gained centre stage as well. With Ernest Hemingway’s The Sun Also Rises and F. Scot Fitzgerald’s The Great Gatsby, literature also grabbed centre stage. This year, on May 18, Pope John Paul II was born.

The League of Nations, comprised of 42 countries, was founded on January 10, 1920, as the roaring twenties swept the United States. The first meeting took place on November 15 in Geneva, with the United States of America absent. The League of Nations mediated international conflicts, although it was mostly ignored by major governments. In 1920, American women, like their male counterparts, cast ballots in the presidential election. This was significant since it was the first time that women were allowed to vote. This right was ratified in the 19th amendment of the American constitution on August 26, 1920, after more than a century of waiting.

On December 16, one of the most destructive earthquakes in history struck China. The quake, which had a magnitude of 8.5, wreaked havoc on a 25,000-square-mile area. The earthquake triggered catastrophic landslides, killing an estimated 200,000 people. The earthquake struck 10 of Gansu Province’s most heavily inhabited districts, resulting in a large number of casualties.

Continue reading to discover more about the events of 1920.