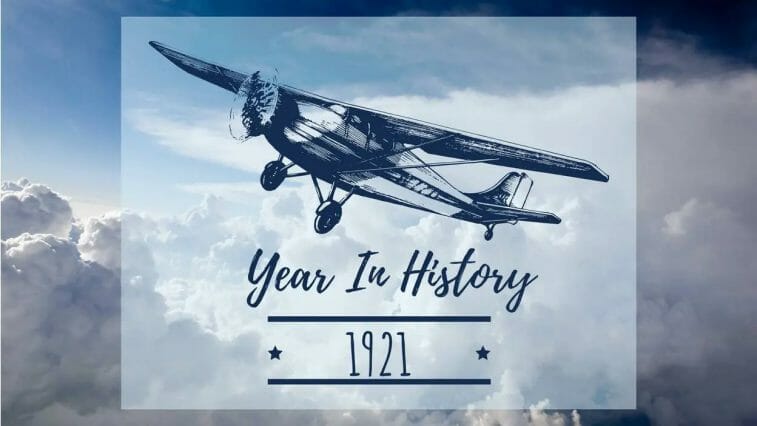 History is the path that leads to self-awareness and self-discovery. Information gathered from past events has the ability to influence current decisions, and the events of 1921 continue to shape the globe today.

Diabetes is one of the most common chronic diseases that humans have ever encountered. It wasn’t until July 27, 1921, that scientists at the University of Toronto in Canada were able to isolate insulin, a hormone used to treat diabetes. Insulin became available to diabetics within a year. J. J. R. Macleod and Fredrick Banting were awarded the Nobel Prize in Medicine two years after the isolation was successful.

From 1933 through 1945, the German Workers’ Party, commonly known as the Nazi Party, governed Germany as a whole, setting a precedent in modern warfare. In 1921, the party founded in 1919 elected Adolf Hitler as its leader. Being the party’s head was a stepping stone to Hitler’s appointment as Chancellor of Germany in 1933. The Nazi party was formed by Germans who were dissatisfied with the Treaty of Versailles, which brought World War I to a close. Following Germany’s defeat in World War II, the Nazi Party was outlawed, and its top officials were convicted of war crimes relating to the Holocaust.

By December 9, a young engineer at General Motors (GM), Thomas Midgeley Jr., had become tired of the irritating noises created by internal combustion engines when they were running. These knocking or pinging sounds are quite irritating, so Midgeley experimented with other components until he discovered success with lead. We don’t have to cope with the clattering of motors today thanks to the events of the day. Despite its negative effects on the human body, lead is nevertheless one of the most extensively utilised antiknock agents. Since then, companies have begun to phase out the production of lead-based engines.

Continue reading to discover more about the events of 1921.