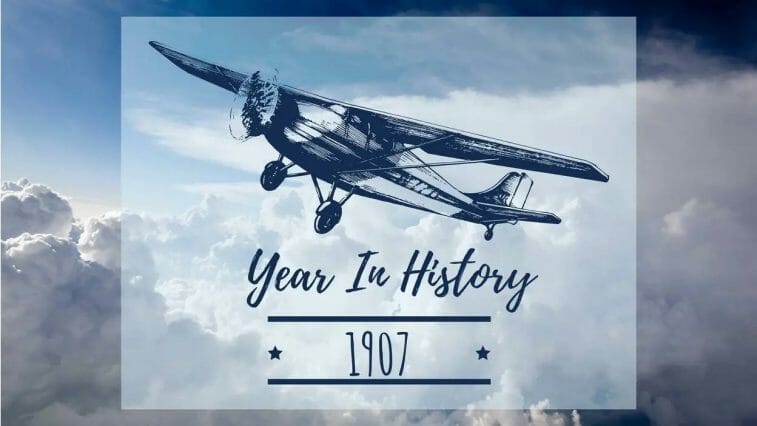 In 1907, key political events set the stage for big events in the years ahead. A large protest of over 40,000 people in front of the State Duma (a legislative body in the later days of the Russian Empire) had to be dispersed as part of the ongoing civil unrest in the Russian Empire. The turmoil would culminate in a total change in Russian politics and society, with Czar Nicholas II abdicating ten years later, in 1917, bringing the Empire to an end.

In 1907, Britain, France, and Russia joined the Triple Entente, a momentous political event. The Allied Powers of World War I were founded as a result of this agreement between these powers. Meanwhile, the Triple Alliance, which included Germany, Austria-Hungary, and Italy, was balanced out by the Entente (although Italy would eventually join the Allies in 1915).

In 1907, there were also some important developments in film and theatre. In the film industry, Louis B. Mayer opened his first movie theatre, which he would go on to expand into a big chain. Mayer was so successful that he eventually moved into the producing side of the industry, founding Metro-Goldwyn-Mayer Productions. In addition, in Paris this year, the film “L’ Enfant prodigue,” Europe’s first feature-length film, premiered. Talk of the Town by George Cohan premiered in New York City, and Don Juan in Hell by George Bernard Shaw premiered in London.

In addition to these events, this year saw a number of notable cultural events. The iconic Pike Place Market in Seattle, Washington, was dedicated. It would grow into a thriving seafood market and the headquarters of Starbucks, the world’s most well-known coffee brand. Carl Jung and Sigmund Freud met for the first time in Vienna in 1907, marking a watershed moment in Western culture and the development of psychology.

Continue reading to find out more about the year 1907.