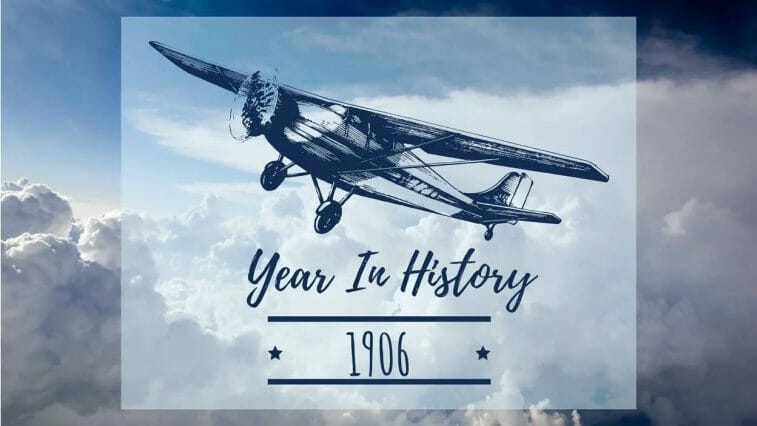 1906 was marked by two great natural disasters: the eruption of Mt. Vesuvius near Naples, Italy, and the earthquake in San Francisco. Over 100 people were murdered when Mt. Vesuvius erupted, causing serious damage to the nearby city of Naples and its surrounding villages. Because of the sums required to rebuild Naples, preparations for the 1908 Olympics in Rome were halted, and the Games were moved to London.

The earthquake that struck San Francisco in 1906 wreaked havoc on the city and its environs. The earthquake, which had a magnitude of 7.8, destroyed nearly 80% of the city owing to damage caused by the earthquake and major fires triggered by the disaster. Approximately 3,000 individuals are thought to have died as a result of the earthquake.

The HMS Dreadnought, a British battleship that rendered all other battleships obsolete, was also commissioned in 1906. The Dreadnought not only launched a new class of battleships, but it also triggered a naval arms competition between the United Kingdom and Germany. The armaments race had a significant role in the build-up to World War I.

In the domains of science and technology, there were also some important advancements this year. Richard Oldham, a British geologist, proposed that the Earth’s interior is molten. The magnetic South Pole was found by Roald Amundsen, a Norwegian explorer. Willis Carrier, an American inventor and engineer, created what would later be known as the “air conditioner” in this year, much to the relief of millions of people living in hot regions.

The year 1906 also saw the premiere of the world’s first feature film. “The Kelly Gang Story” was the title of the film. In the world of literature, Jack London’s White Fang, one of his most famous works, began serialisation in Outing magazine.

Continue reading to find out more about the events that took place in 1906.