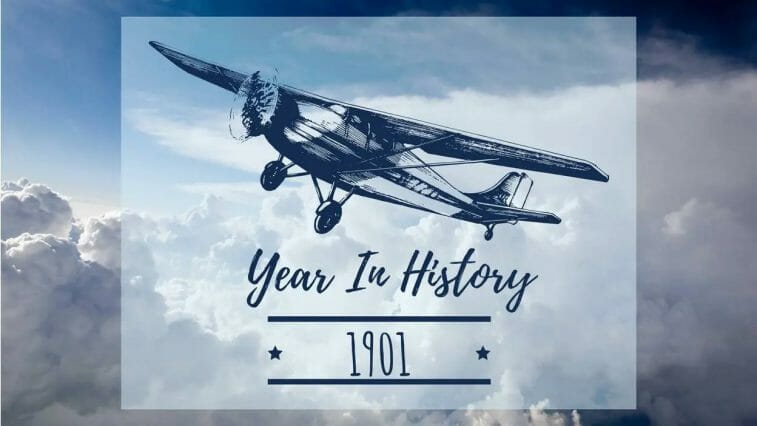 The year 1901 was a turning point in history that has continued to affect the world we live in today. A little history will help us remember where we came from and where we’re going.

Van Gogh, a Dutch artist, had his first exhibition in March 17th, eleven years after his death, and his artistic genius was shown to the world. This legendary show of 71 unique works was held at the Bernheim-Jeune art gallery in Paris. Van Gogh had relocated to France from the Netherlands, where he had met and been influenced by postimpressionist painters such as Camille Pissarro. The jury is still out on how he dealt with the abdominal injury.

We can’t alter the past, but we can use its lessons and experiences to teach future generations how to build a better future. Nobel Laureates are people from all around the world who have made great contributions to physics, chemistry, literature, medicine, or peace. The first Nobel Prize ceremony took place on December 10, 1901, five years after Alfred Nobel, the inventor of dynamite, passed away. Alfred had proclaimed that the majority of his huge fortune would be handed annually to individuals who had benefitted humanity in the previous year. Historians say Alfred’s contributions to war inventions compelled him to establish the prize out of a sense of moral obligation.

Marconi got a transmission from Newfoundland, Canada, two days later, on December 12. Despite sceptics’ claims that radio waves could only go 200 miles due to the earth’s curvature, Marconi was able to transmit a signal over the Atlantic. The radio transmission heading for space was reflected back to earth and received in Canada while in the ionosphere. He shared the Nobel Prize in Physics with Ferdinand Braun, a German radio inventor, for this achievement. This transatlantic transmission aimed to serve as the foundation for future research into radio wave regulations.

To move forward into the future, one must first understand where we came from in history. We have the opportunity now to strive diligently toward a better tomorrow for future generations and all humanity. Continue reading to learn more about what happened in 1901.