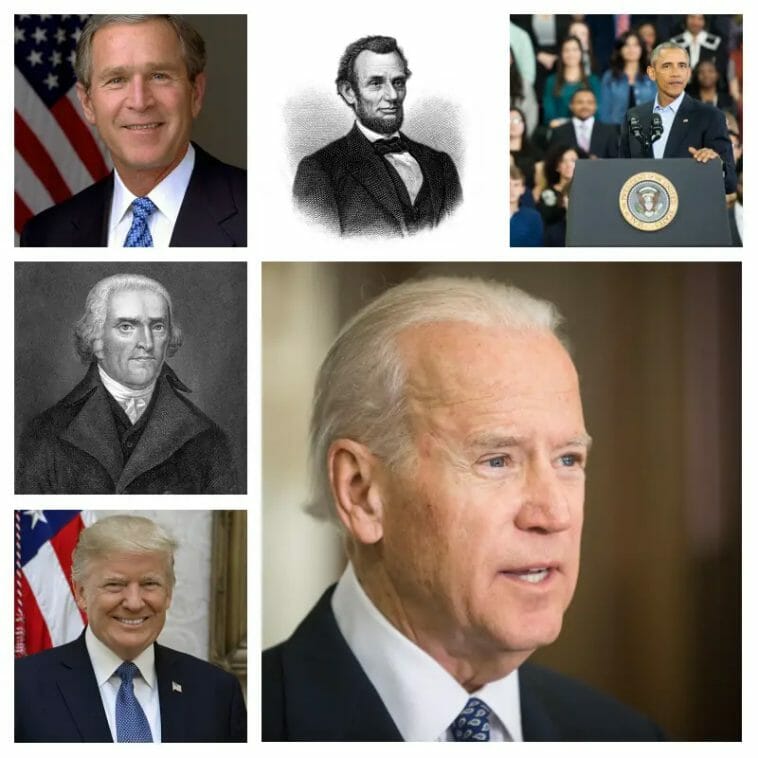 There are a lot of facts and interesting things about all of the US presidents. You might have heard that how tall Abraham Lincoln was or how Joe Biden had a childhood stutter. But are all these unique facts true? Well, that’s what we will find out in our today’s article. Let’s check out some fun facts about the Presidents of the US.

Contents for Amazing Facts You Never Knew about US Presidents

We all recognize Abraham Lincoln for his iconic stovepipe hat and beard. But Lincoln didn’t always have that beard, as for most of his presidential run, he was clean-shaved. However, in 1860, this changed after Lincoln received a letter from an 11-year-old girl Grace Bedell. She wrote in her letter: “I have got four brothers and part of them will vote for you anyway, and if you let your whiskers grow, I will try and get the rest of them to vote for you. You would look a great deal better for your face is so thin. All the ladies like whiskers, and they would tease their husbands to vote for you, and then you would be President.”

Lincoln’s reply to this innocent letter was also amusing, and he wrote: “Having never worn any, do you not think people would call it a piece of silly affection if I were to begin it now?”. After a month, Lincoln had a full beard.

3. The Inventor of Swivel Chair

Thomas Jefferson was a man of many talents. His field of expertise was not limited to politics, as he was a farmer, architect, musician, diplomat, and scholar. His biggest contribution or invention was the swivel chair (you might know it as the revolving chair). He used this chair while writing the Declaration of Independence.

Another interesting fact about Jefferson was his addiction to ice cream. He was not the inventor, but he sure helped its import to America. As per the stories, Jefferson discovered this delicious treat when he was a diplomat in France. He then popularized this delicacy by serving it in the White House regularly.

Yeah, I know that does seem a bit odd, but in reality, three former American Presidents were Grammy Award Winners. Bill Clinton won the award twice, Barack Obama is also a two-time winner, while Jimmy Carter is a three-time Grammy Award Winner. But they didn’t win it for an incredible musical album, but they won it for Best Spoken Word Album.

Barack Obama’s love for basketball is quite popular. When he came into office, he immediately modified the tennis court to use it for both tennis and basketball. But this passion was not new, it dates back to his youth days where he was a part of a high-school team named “Rat-ballers”. They gave Obama the nickname “Barry O’bomber” due to his love for long-ranged jump shots.

George W.Bush was a man of multiple professions. He was known to be a cheerleader, owner of a baseball team, governor, and oilman. But nobody ever knew the current passion which George W.Bush opted for as soon as he left office i.e, Artist. Initially, he kept his hobby a secret but now he shares it openly. In 2017, he also published a book based on portraits of American Veterans named Portraits of Courage.

George Washington was the American President and is also referred to as the father of the American nation. In his days, the trend of wearing wigs was quite popular, but he preferred his natural hair, which he grew quite long and tied like a ponytail. But he did follow the trend by powdering his natural red hair into white to match his renowned look, which you might have seen on the dollar note.

Joe Biden, America’s current President had a tough childhood and was continuously bullied due to his ”debilitating stutter”. Addressing the American Insitute for Stuttering in 2008, he described his past life as: “I can think of nothing else that has ever stripped me of my dignity as quickly and as profoundly and as thoroughly as when I stuttered in grade school”.

But how did he get rid of his stutter to become the man he is today. Well, reciting poetry and various poems in front of a mirror helped him solve this problem.

The ex-president of America is a self-described Germaphobe. According to him, the concept of shaking hands with other presidents and diplomats is a barbaric custom. It is said that Trump tries to wash his hands as many times as possible, and his aide is required to carry a sanitizer all the time.