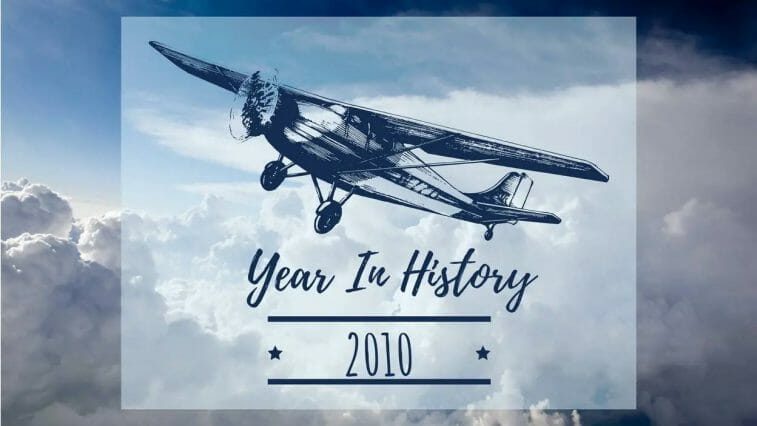 In 2010, the globe was technologically advanced, and more individuals had access to the internet. Betty White, the American Sweetheart, becomes 88 years old and becomes the oldest Saturday Night Live host. Paul Harding’s debut novel, Tinker, was awarded the Pulitzer Prize for Fiction. Gregory Brother’s video of the Bed Intruder Song was the most viewed video on YouTube in 2010, marking the fifth anniversary of the service.

The Deepwater Horizon oil-drilling rig in the Gulf of Mexico caught fire on April 20th after an explosion. The rig fire, which occurred about 50 miles off the Louisiana coast, killed 11 people and injured 17 others, resulting in the largest oil leak in American history. For the British oil company BP, the rig was drilling an exploratory well. 4.9 million barrels of oil, or 206 million gallons of oil, had leaked into the ocean by the time the well was capped on July 15. In the United States, BP pleaded guilty to 14 felony offences and established a $20 billion fund to compensate catastrophe victims.

In 1970, 20 million people attended the first Earth Day celebration. In 2010, nearly a billion individuals celebrated the 40th anniversary of the day. Senator Gaylord Nelson of Wisconsin came up with the concept for Earth Day. He had an idea for a new way to teach people about the need of environmental protection. The international year of biodiversity and youth was held in 2010, a decade into the new century. The European Year of Poverty and Social Exclusion was also observed.

Continue reading to discover more about the events of 2010.