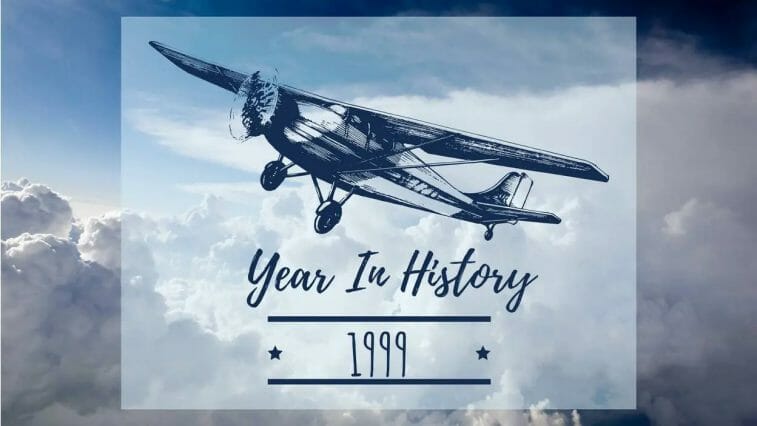 1999 was a turbulent year in the Clinton presidency, as he faced his first impeachment trial. He and other world leaders presided over a population of just about 6 billion people at the time. Jacob and Emily were the most common baby names. While we don’t know who else could be a game-changer, Tatum McCann, the Prince of Denmark, Nikolai, and Umberto, the Prince of Bulgaria, were all born in the last 12 months. Meanwhile, Stanley Kubrick, Mario Puzo, John Kennedy Junior, Allen Funt, and Wilt Chamberlain died, leaving the globe in mourning.

When Rowling released Harry Potter and the Prisoner of Azkaban, she managed to stay at the top of the best-selling book list for another year. Modern classics like American Beauty, The Sixth Sense, Fight Club, and The Matrix, on the other hand, had their red-carpet premieres on the silver screen. Continue reading to see how this year altered global currency and forever alerted the globe to a new meal-time threat.

The first DOW closing above 11,000, the first Eminem album, the first female Prime Minister of New Zealand, and the first warning about the dangers of genetically modified food were all firsts in 1999. Inventors gave the world the Blackberry, the massively popular Furby, and the first digital television recorder in these twelve months. In addition, The Last Supper was reintroduced to a new generation after 22 years of restoration.

The charges levelled against Napster, on the other hand, may have been inconvenient for all of the world’s music downloaders. On the global scale, three major events occurred: On June 9th, the Kosovo war came to an end. Vladimir Putin has accepted Yeltsin’s resignation. Australia opted to preserve the monarchy of the United Kingdom as their head of state.

Continue reading to discover more about the events of 1999.