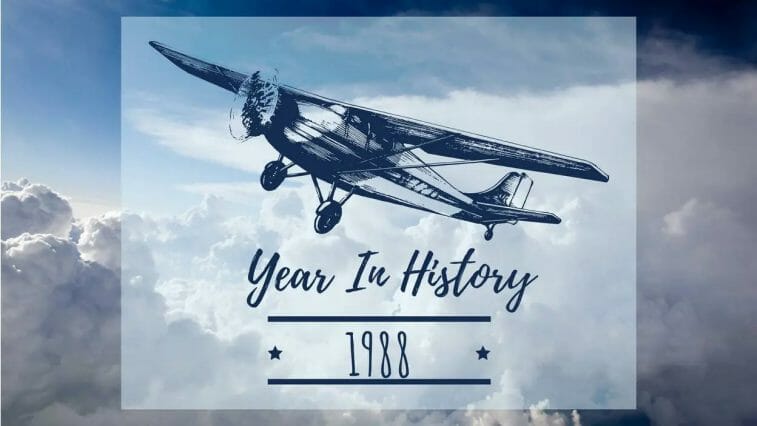 1988 was a pivotal year in world events, particularly in the Middle East. The Soviet Union decided to withdraw its soldiers from Afghanistan in accordance with the Geneva Accords in this year. The Soviets eventually withdrew from Afghan land after years of harsh combat, reminding the world once more that Afghanistan is the Graveyard of Empires. In a related event, Osama bin Laden and other veterans of the Soviet-Afghan War founded the transnational terrorist group Al Qaeda in this year. Another war was coming to an end at the same time as the Soviet-Afghan struggle was winding down. After eight years of battle, the terrible Iran-Iraq War ended in August of 1988. While it’s impossible to say how many people died in the battle with any accuracy, the number is very certainly in the hundreds of thousands. As both opposing countries vied for greater geopolitical placement, the political upshot was a stalemate, setting the groundwork for future strife in the region.

At this time in the Cold War, several Soviet authorities saw the need for a shift in economic strategy. The objective was to begin the process of restructuring the Soviet Union’s political and economic structure, dubbed “perestroika” or “restructuring.” These liberalising changes, led by Mikhail Gorbachev, were intended to create a semblance of a market economy in the Soviet economy, allowing for increased production and, as a result, an increase in the typical Soviet consumer’s standard of living. People seemed to regard the reforms as the start of the end of the old command economy as the reforms progressed. It’s probable that this reorganisation contributed to the fall of the Soviet Union.

Continue reading to discover more about the events of 1988.