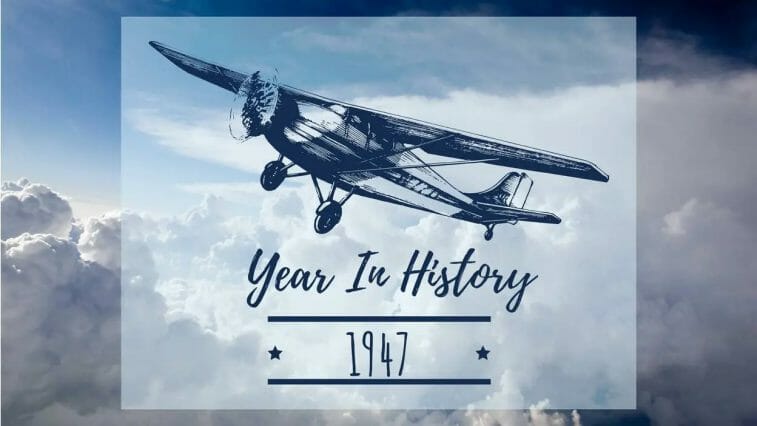 Following the horrors of the Second World War’s crimes, a momentous political event occurred in 1947 that has had worldwide ramifications for generations. This catastrophe had a particularly strong influence in the Near East. Palestine was partitioned and the State of Israel was established in this year. This was also the year that Princess Elizabeth announced her engagement to Philip Mountbatten, which had a greater cultural significance for the Anglosphere than other political developments. Philip became Prince Philip, Duke of Edinburgh after their marriage and Elizabeth’s accession to the throne.

Politics were hardly the only topic of discussion in 1947. Jackie Robinson began his career with the Brooklyn Dodgers, becoming the first black athlete to play in Major League Baseball in the modern period, thereby desegregating professional baseball in the United States. The holiday classic Miracle on 34th Street premiered in the United States, and Gregory Peck’s Gentleman’s Agreement received the Academy Award for Best Picture.

Finally, Anne Frank’s diary from World War II was published for the first time in a major literary event. The diary was first published in Amsterdam, and it quickly became a global classic, read by generations of students all over the world.

Continue reading to discover more about the events of 1947.