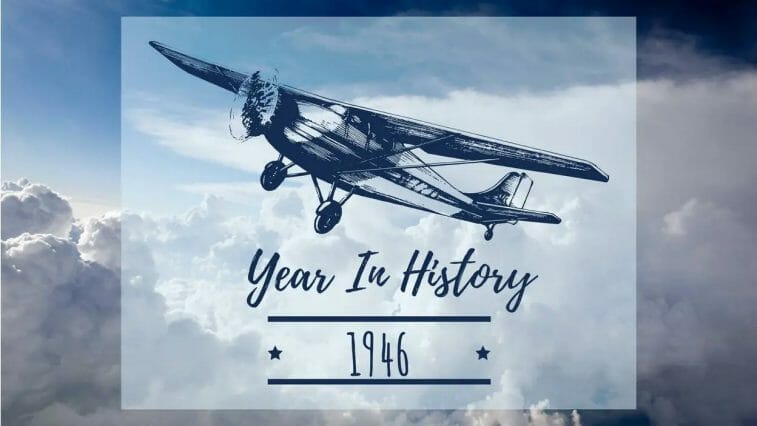 In 1946, the first full year following WWII, new global struggle erupted – the Cold War. While the Allies triumphed over their Axis adversaries, the world began to fracture into East and West. On the 5th of March, Winston Churchill delivered his famous “Iron Curtain” speech at Westminster College in Fulton, Missouri, in this context. This was the year that the United Nations held its inaugural meeting. The League of Nations handed its mission to the United Nations and was disbanded shortly after this first meeting in London.

Effort Diana, a US Army Signal Corps project, catapulted the United States into the Space Age. Radar waves were reflected off the Moon in this experiment, demonstrating that easily available technology allowed for space communication between the Earth and the Moon. In 1946, there were also some important cultural developments. The Royal Philharmonic Orchestra held its first rehearsal in this year, and American musician BB King began his professional career in Memphis, Tennessee.

This year saw the premiere of Frank Capra’s It’s a Wonderful Life, starring James “Jimmy” Stewart. This film would go on to become a holiday ritual for millions of people and one of the most culturally significant films of all time. This year also saw the release of Disney’s Song of the South. Despite some criticism that the film had racist overtones, it remains a key part of Disney history, as the film’s music “Zip-a-Dee-Doo-Dah” received an Academy Award in 1947, and the film also inspired the Disney theme park attraction Splash Mountain. In the world of fashion, the contemporary bikini made its debut in Paris, ushering in a new era in women’s swimwear.

Continue reading to discover more about the events of 1946.