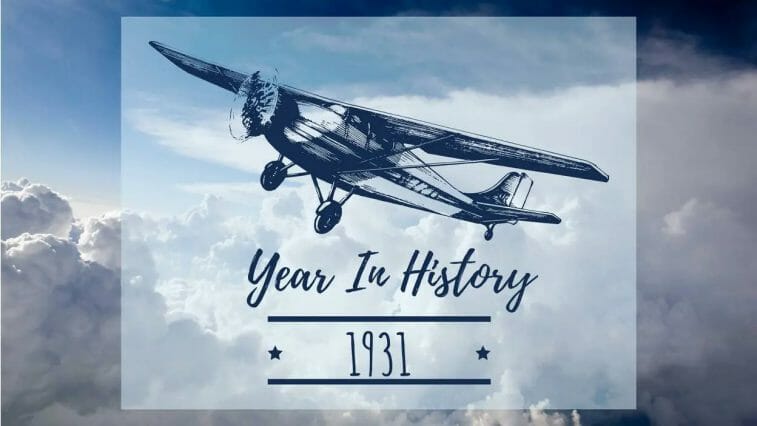 In 1931, one of the most disastrous disasters of the twentieth century occurred when the Yangtze River in China burst its banks, killing 3.7 million people directly and indirectly. Southern China experienced much above-average rainfall in January 1931, resulting in flooding of up to 500 square miles of nearby farmland by August 18. As August began and rain continued to fall, almost half a million people were forced to flee their homes due to the floods.

Prospects for gold and silver mining drew the earliest settlers to Nevada from all over the world. Mines began to decline, and the state assembly, in an effort to stem the tide of mass exodus, legalised gaming on March 19, and divorce a year later. The legalisation of gaming paved the way for Nevada to become one of the world’s gambling and entertainment capitals, Las Vegas. Gambling taxes make up a significant portion of the state’s total revenue.

Continue reading to discover more about the events of 1931.