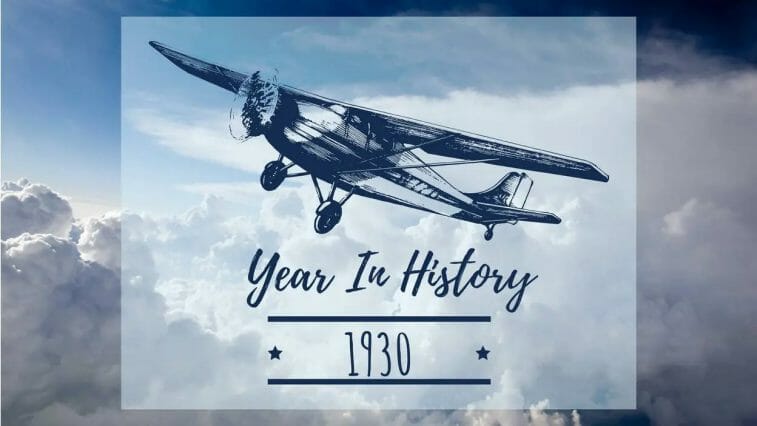 By 1930, the Great Depression had reached its peak. Over 15 million people in the United States were unemployed. European colonisation of Africa and Asian countries was at an all-time peak during this time.

On March 12, 1930, Mahatma Gandhi began the salt march in India. It was his most significant act of civil disobedience against colonial government in India. After the British established a policy preventing Indians from gathering and selling salt, a fundamental element in Indian cuisine, the Indians rebelled. The Indians had to buy salt from the British to get it. Over 60,000 Indians were detained by colonialists, and Gandhi’s incarceration on May 5 did not stop civil disobedience.

The World Cup, which is now one of the most popular sporting events in the world, began after the 1932 Olympics omitted football off the schedule. On July 13, 1930, the first World Cup football matches were held in the host city of Montevideo, Uruguay. The first two games saw France overcome Mexico and the United States defeat Belgium 3-0. In Europe, the Great Depression was raging, and many European players avoided the World Cup for fear of losing their day jobs.

By 1930, the Ohio Penitentiary, which had been built in 1834, had a bad reputation. In 1849, a cholera pandemic killed 121 convicts. On April 21, 1930, a fire at the prison killed 320 inmates. The prison had a capacity of 1,500 inmates, however there were 4,300 inmates at the time of the incident. The fire was caused by a fire in the scaffolding, and waders refused to open the cells. In 1930, Ruth Wakefield of Toll House Inn introduced the chocolate chip cookie, which became a popular treat. It was the year when Pope Pius IX forbade all Roman Catholic faithful from using artificial birth control.

Continue reading to discover more about the events of 1930.