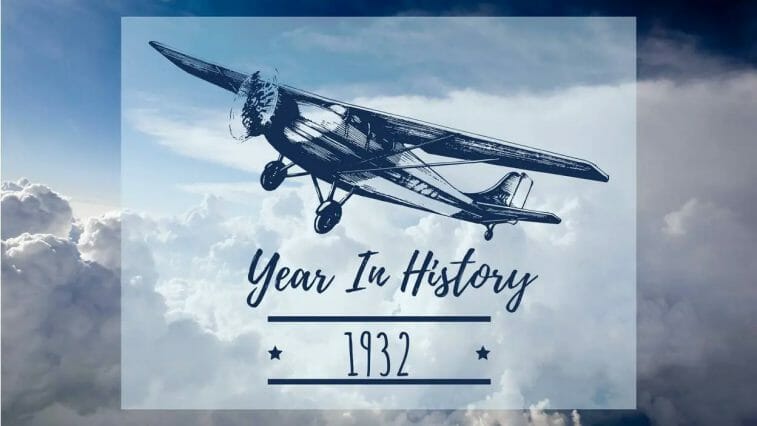 Iraq declared independence on October 3, 1932, after 17 years of British domination. The Shanghai Express, starring Marlene Dietrich, was the year’s highest-grossing film. The year’s biggest hit was Fred Astaire and Leo Reisman’s Night and Day. George Dillon won the Pulitzer Prize for Poetry for his collection of poems titled The Flowering Stone.

On January 12, Ophelia Wyatt Caraway became the first woman elected to the United States Senate from Arkansas, signalling a shift in American politics. After the death of her husband, Thaddeus Horatio Caraway, she was elected to the Senate for the first time in November 1931. She was elected to a second term in 1938. After failing to win the seat in 1944, President Franklin D. Roosevelt appointed her to the Federal Employees Compensation Commission.

Thousands of people turned out to see the opening of Radio City Music Hall in New York City on December 27, despite the raging Great Depression in the United States. The theatre was created by billionaire John D. Rockefeller, who built it in collaboration with the Radio Corporation of America. The state-of-the-art theatre became the centrepiece of the Rockefeller Complex in New York’s downtown district. Over 300 million people have visited the Radio City Music Hall since its inception to enjoy unparalleled entertainment.

Charles Lindbergh was the first person to fly solo across the Atlantic Ocean. Amelia Earhart became the first female aviator to accomplish the same feat five years later. Amelia arrived in Ireland on May 21 following a 2,000-mile journey from Newfoundland, Canada, in under 15 hours. In 1932, the United States Congress awarded her the Distinguished Flying Cross.

Continue reading to discover more about the events of 1932.