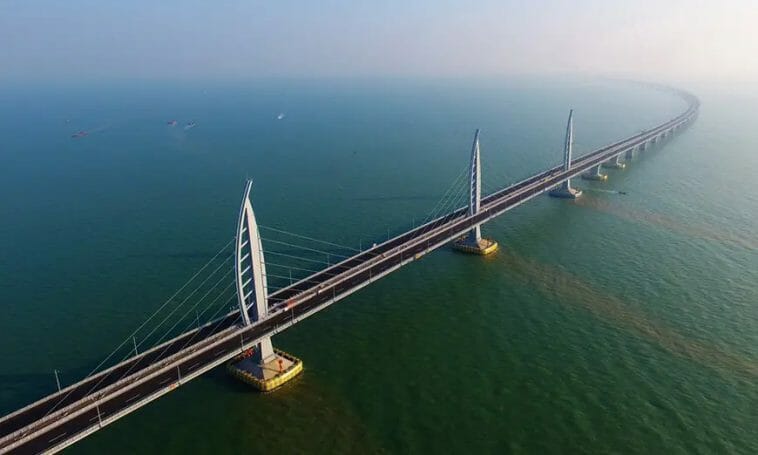 It is common for bridges to be seen in the built environment, as they connect two locations, usually separated by a body of water. A bridge is yet another sort of technology that allows people to pass over an obstacle without the need for assistance.

The Danyang–Kunshan Grand Bridge, which was finished in 2010 and officially opened in 2011, has a total length of 102.4 miles, making it the world’s longest bridge in terms of length (164.8 kilometers). The bridge is located on a train line that connects the cities of Shanghai and Nanjing in the province of Jiangsu.