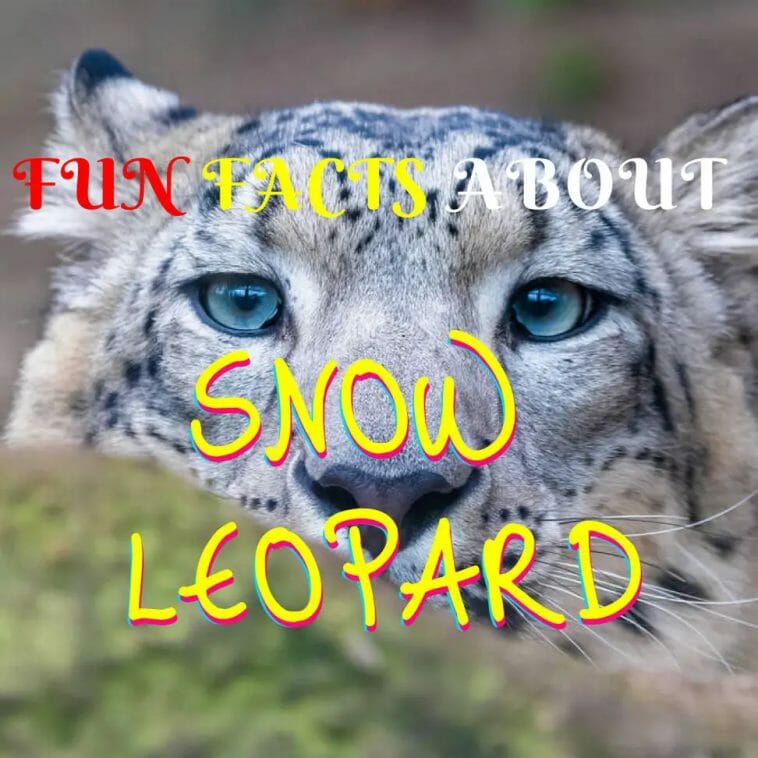 Situated in Central Asia’s mountain ranges, the snow leopard is a large cat that can be found in countries such as Kyrgyzstan and Tajikistan but is also found in portions of China and India. Although it’s one of the world’s largest cats, this species prefers to hunt small creatures like rabbits, deer, and birds in the high elevations where it dwells. Also known for its thick coat, the snow leopard is able to thrive in the harsh mountain environment. The Himalayas and Siberia are home to some of the toughest climates on the planet, where temperatures can fall below 50 degrees Fahrenheit (30 degrees Celsius).

We’ll talk about how snow leopards adapt to their environments in this blog, as well as some fascinating facts about them.

1: Snow leopards are linked to tigers more than they are to leopards.

Snow leopards are members of the Felidae family, which includes cats.It gets more difficult to characterise the snow leopard at this point. They weren’t initially classified as part of the Panthera genus, which includes the tiger, lion, jaguar, and leopard, due to their inability to roar due to anatomical variances. Recent phylogenetic or evolutionary assessments based on similarities and differences in morphological or genetic traits have placed the snow leopard in the genus Panthera, with the tiger, Panthera tigris, being the most closely related. About 2 million years ago, the two species split apart. As a result, the snow leopard is now referred to as Panthera uncia.

2: Snow leopards are unable to roar.

The snow leopard, unlike the other big cats, cannot roar. Its larynx is physically different in that it lacks the fibroelastic ligament required for roaring. The snow leopard, on the other hand, is not deafeningly quiet. Puffing, hissing, snarling, screaming, yowling, moaning, and even purring are some of the numerous vocalisations it can make. Its unmistakable primary call, which reverberates off the cliffs and throughout the valleys during the breeding season, is clearly heard.

3: The “ghosts of the mountain” are a common nickname for them.

They are frequently referred to as the “ghosts of the mountain” due to their rarity of sightings and the fact that they spend the majority of their life alone. Their secretive character and high altitude environment make them extremely difficult to locate and research, as well as estimate their population more precisely.

4: By comparing their pelage, two snow leopards can be distinguished.

Biologists distinguish snow leopards by their distinct spot patterns on their pelage. Both the major and secondary aspects of a snow leopard’s pelage can be observed while documenting it. However, as a snow leopard grows older, its fur patterns may change.

5: Snow leopards have adapted well to their harsh environment.

Snow leopards have perfected their adaptation to their high-altitude habitat’s frigid, bleak surroundings. Snow leopards prefer high, steep, and rocky areas with few flora in their mountain environment. Snow leopards were found living at the greatest altitude ever known for big cats, 5,859 metres above sea level, nearly the same altitude as Canada’s tallest mountain, according to a WWF research.

6: Ibex and blue sheep are the primary prey sources for snow leopards.

Snow leopards are a top predator in Central Asia’s high alpine food chain. The snow leopard is a predator capable of killing three times its own body weight in prey. Snow leopards prey on blue sheep in Tibet and the Himalayas.

As temperatures rise, wildlife in mountain environments that are accustomed to cooler climates will move higher up. However, at higher altitudes, there is less vegetation for wild wildlife, so snow leopards have fewer options for food.

Snow leopards are more prone to come into touch with human settlements as a result of habitat deterioration caused by too many free-range livestock outcompeting wild prey. In many areas, they are compelled to hunt livestock because it is a convenient and abundant prey.

When enraged herders seek to protect their property, which is their only source of income, they murder the snow leopards in retaliation. Poaching is also a big problem. Snow leopards are unlawfully killed for their sumptuous pelts, as well as their bones and organs, which are used as a substitute for tigers in traditional medicine.

8: Snow leopards have been known to travel up to 27 miles in a single night.

Snow leopards are migratory, travelling around their home regions frequently to hunt and leave markings that deter other cats from entering. These cats frequently move along ridge lines and cliff bases, and they prefer to sleep in areas with nice views of the surrounding terrain.

Snow leopards have also been observed making extended journeys outside of their usual regions, travelling large distances in a short amount of time. Biologists tracked a snow leopard through 27 miles of open desert in a single night using habitat mapping equipment.

9: Snow leopards have been observed to leap up to 9 metres.

Snow leopards can run quite quickly over short distances. The capacity to run quickly, on the other hand, is not a unique adaption of this large cat. This cat’s adaptations include the ability to leap, bound, and pounce. Snow leopards have been observed to leap 30 feet, which is six times their body length.

10: China is thought to be home to 60 percent of the world’s snow leopard population.