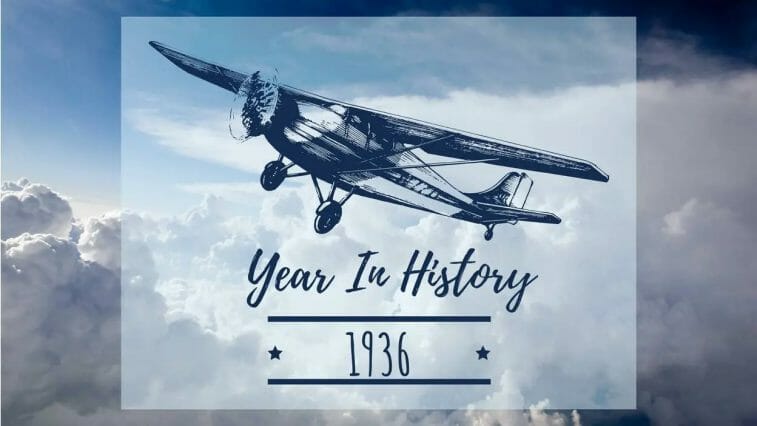 There were, of course, some important developments leading up to the outbreak of the Second World War in 1936, which was just a few years away. The reoccupation of the Rhineland by Germany was the first important development. German troops went into this western region of Germany along the Rhine in contravention of the Treaty of Versailles. This was also the year that the Hitler Youth was founded, making membership in this paramilitary group mandatory for German males aged 10 to eighteen. In 1936, the Rome-Berlin Axis was established, setting the groundwork for the Second World War’s Axis Powers. This Axis was founded by treaty between Italy and Germany, and it would become a formal military alliance in 1939.

The year 1936 also saw the death of King George V of the United Kingdom. He was succeeded by his eldest son, Edward, who became King Edward VIII. However, a constitutional crisis occurred when King Edward indicated an interest in marrying American socialite Wallis Simpson. Simpson was deemed unsuitable for Edward because she was divorced from her second husband. King Edward abdicated in order to marry Simpson, giving the crown to his brother, Albert, who became King under the name George VI. The King’s Speech, a critically acclaimed film released in 2010, was based on this true story.

John Maynard Keynes authored The General Theory of Employment, Interest, and Money, which is largely regarded as the economist’s fundamental work in the field of economics. However, Keynes was criticised, particularly by Austrian School economists such as Ludwig von Mises and F.A. Hayek. Gone With the Wind was published this year in the realm of literature. A few years later, the novel would inspire the classic dramatic film of the same name. In the realm of music, Sergei Prokofiev’s Peter and the Wolf made its debut in Moscow. The Green Hornet made its radio debut in the United States in this year, establishing a radio, television, and film franchise for the fictional masked crime-fighter.

Continue reading to discover more about the events of 1936.