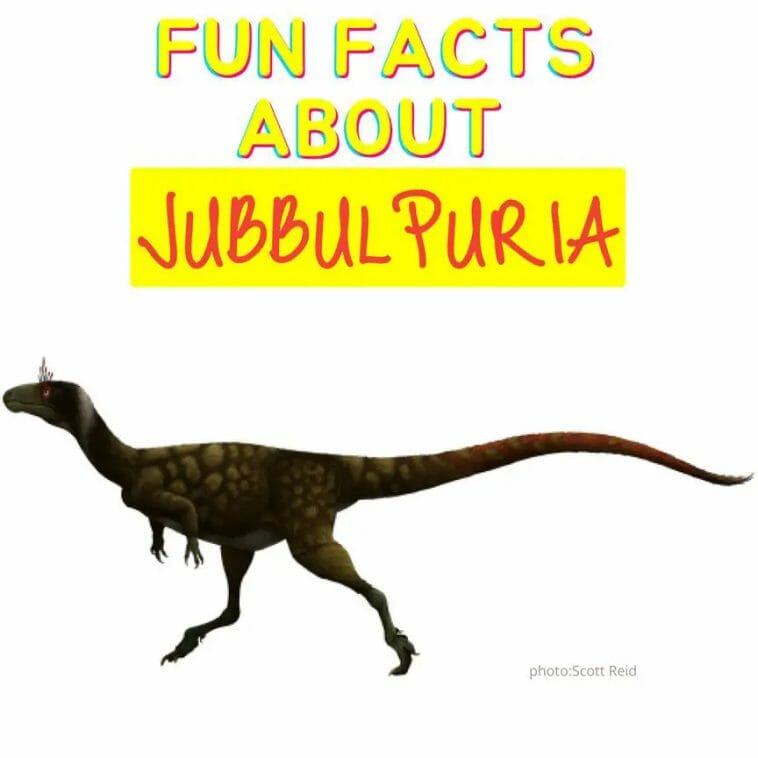 Jubbulpuria was a small carnivorous dinosaur from the Late Cretaceous Period. Friedrich von Huene and Charles Alfred Matley discovered the species Jubbulpuria tenuis in India and scientifically described and named it in 1933.

Jubbulpuria was originally classified as a celurosaurian, but it is now thought to be a tiny theropod of the Ceratosauria family. This dinosaur’s classification is uncertain because it only has two caudal vertebrae and one incomplete vertebrae.

Contents for Fun Facts about Jubbulpuria

2: How do you pronounce ‘Jubbulpuria’?

3: What does the name Jubbulpuria mean?

The generic name Jubbulpuria refers to the Indian city of Jabalpur, where the fossils were discovered. In 1933, Huene and Charles Alfred Matley described the type species, Jubbulpuria tenuis. The Latin meaning of the given name is “slender.”


The Jubbulpuria dinosaur was small and had protofeathers all over its body. Jubbulpuria walked on two legs and had spots on its body. It’s hard to tell what Jubbulpuria was like because we only have a few bones that don’t show what kind of dinosaur it was, but it was probably a pretty active animal.