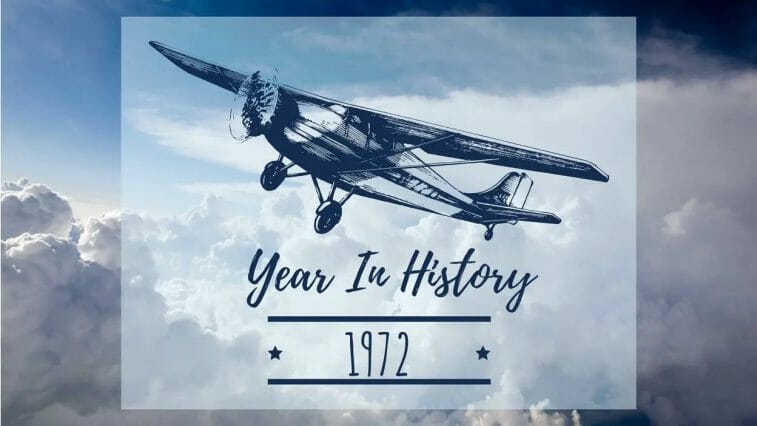 1972 is remembered as a dark year in history. It was the year that at least eight Arab terrorists assaulted Munich’s Olympic Village, murdering 11 Israeli athletes. It was also the year that the Watergate Scandal began, with police apprehending five individuals who attempted to bug the US Democratic National Committee headquarters in Washington, D.C.’s Watergate complex. It was also the beginning of the largest political scandal in contemporary history.

In an effort to achieve peace, Britain, on the other hand, was able to take direct control of Northern Ireland. Gov. George C. Wallace was shot at a political gathering in Laurel, Md., in the same year, and Alabamans were dealt another blow. Furthermore, everyone who had received the death penalty had reason to rejoice because the death penalty was declared unconstitutional by the US Supreme Court in this year. Women dominated the Grammy Awards, winning all four major categories, giving them a chance to shine in popular culture.

In 1972, Time Inc. broadcasted HBO, the first pay television network. To cap things off, Gloria Steinem’s Ms magazine debuted this year. This year, video game fans may applaud the gaming community, just as they did when Atari debuted the first video game, Pong’s arcade version. For the Scientists, 1972 marked the beginning of Computerized Axial Tomography (CAT) scanning in England. RCA in the United States invented the compact disc almost at the same time. However, in the field of health and nutrition, Bryan B. Malloy, a Scot, and Klaus K. Schmiegel, an American, developed the antidepressant Prozac (fluoxetine). It was also at this time that the final US foot forces left Vietnam, and President Nixon signed the Black Lung Benefits bill into law.

Continue reading to discover more about the events of 1972.